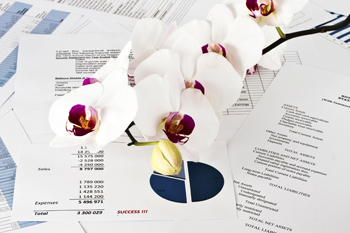 Once an SMSF runs into problems, it seems counter-intuitive to assist the ATO in investigation or in prospectively rectifying issues.
However, a Federal Court case just made public, along with recent ATO comments, suggest this can assist in mitigating the consequences.

Early Sunshine Pty Ltd was the trustee of an SMSF. The company had three directors, who were also the members of the SMSF.

George MacDonald & Sons Pty Ltd (‘GMS’) carried on a freight trucking business on the NSW Central Coast. The members of the SMSF were also the directors of GMS. Due to financial stress experienced by GMS, the trustee of the SMSF made a total of $553,568.20 in loans to GMS during the four-year period from 25 June 2007 to 23 June 2011 (in total, 71 discrete loans to GMS were made). A small loan was also made to Vertu Pty Ltd, a company controlled by one of the members. Each of the loans was ultimately repaid in full.

Prior to the Federal Court decision, the ATO and the people involved in the SMSF had agreed on what contraventions had occurred, as well as to the amount of the civil penalties. In particular, the parties had cooperated and produced a set of agreed facts and a proposed set of penalties. However, because of the requirements of the ‘old’ civil penalty regime (which is still in force in addition to the ‘new’ administrative penalty regime) the Court still had to be asked to decide whether the agreed penalties were appropriate.

It was agreed that the trustee of the SMSF had contravened:

Foster J made telling comments in the case. In particular, he referenced earlier cases and principles, which noted that “contravening conduct under the Act may be difficult to detect and its investigation can be complex and expensive”.

His Honour also noted that the contraventions were serious, deliberate, repetitive and took place over a period of four years. On the other hand, Foster J also noted that all of the respondents “admitted all of the contraventions… pressed by the Commissioner and cooperated fully with the Commissioner both at the investigation stage and in the proceeding”. Interestingly, immediately before writing as to declarations and final orders, his Honour stated:

This tells firstly of the ATO’s apparent willingness to impose relatively lenient penalties in the case of cooperation, which no doubt saves public servants considerable time in resolving contravention scenarios. Secondly, the decision suggests that Courts are not inclined to tinker with outcomes that are agreed on by the parties who have spent considerable effort in forming an agreement (even if judges are initially surprised at the outcome).

The prohibition on loans and financial assistance

It is also interesting to note that the Commissioner abandoned his claim that the trustee had contravened s.65 of the SISA (the prohibition on loans or financial assistance to members or relatives of members). While the conclusion involves conjecture, this suggests that a loan to a related party (who is not a member or relative of a member) will not be enough to enliven this contravention (unless, for example, the money or financial assistance was directly passed on to a member or relative of a member).

ATO commentary also indicates that the willingness of SMSF trustees to self-rectify situations will affect how they are treated by the ATO (and may affect whether the ATO imposes penalties). This is particularly relevant in light of the new ATO penalty regime currently in force.

The ATO’s Matt Bambrick (Assistant Commissioner, Self-Managed Superannuation Funds Segment) stated in a speech at the CPA ‘Learn from the Masters’ SMSF Conference and Expo 2014, held in Sydney on July 17, that all SMSFs reported by way of auditor contravention reports will be contacted by the ATO and assessed as either high, medium or low risk.

Mr Bambrick stated that all high risk funds will face a comprehensive audit. He further stated that:

“[The ATO’s] discretion on whether or not to apply a penalty is limited. … Not every ACR will lead to a penalty, but every ACR that leads to an ATO audit that then confirms an eligible breach will result in an SMSF administration penalty imposed on the trustees.”

Mr Bambrick stated that medium risk funds will receive a phone call, with the ATO being “generally willing to give the fund an opportunity to self-address identified issues with no penalties applied”. Bambrick further stated that:

“[For medium risk funds] we aim to achieve voluntary and timelier resolution of compliance issues, thus avoiding costly and complex audits further down the track.”

But, if trustees fail to engage with us and fail to self-address the issues raised or if further compliance issues arise we will very likely consider these funds for audit, possibly imposing penalties, among other firm outcomes.

Lastly, he stated that low risk funds will:

“receive a tailored advice letter reminding trustees of their obligations and encouraging compliance in future. The issue reported in the ACR will be closed with no penalties applied. However, if trustees fail to rectify all issues in full or if further compliance risks arise, these funds may be considered for compliance action.”

The key points in Mr Bambrick’s comments are that high risk funds that demand immediate audit can expect penalties for contraventions. On the other hand, medium risk funds are generally left to rectify the situation themselves, if they prove engaged and cooperative.

Members who prefer to take a back seat

For SMSF members who do not wish to take on the obligations of the trustee of an SMSF (or a director of the corporate trustee), there may be sense in that member making an enduring power of attorney in favour of another person who remains in the trustee role, and then resigning from the trustee or director position themselves. Section 17A(3)(b) of the SISA allows this structure to remain a self-managed superannuation fund.

In the current climate of the ATO’s increased flexibility to enforce superannuation law, it is worth remembering that the law does not allow a ‘passive’ trustee to get ‘let off the hook’ merely because they allowed another person to make decisions (see, eg, In the Estate of William Just deceased (No 1) (1973) 7 SASR 508, 513). Matt Bambrick’s speech also echoed this sentiment, with his stating:

Where SMSF trustees take on an attitude of ‘let the tax man do his job to catch me’, it is not hard to imagine that the decision-makers may be more inclined to let the full penal force of the law bear down on the people behind the contraventions, particularly in order to compensate the ATO for having to perform investigations that are more ‘taxing’ on public servants.

Accordingly, SMSF trustees who are ‘on the ATO radar’ should be equipped with the knowledge that how they respond to ATO contact may affect the outcome.

The catch 22 of retirement savings