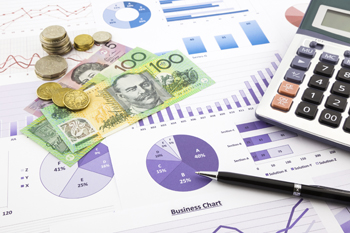 This is an economy in transition. Far from a steady state.

And there will be significant changes over the next few years, playing havoc with the outlook for different sectors and regions.

In my previous article (in the October issue of Professional Planner) I outlined a “mud map” of current and prospective changes in Australia’s economic drivers. Briefly, the structural change that we underwent to “make room for the mining boom”, underwritten by the rise in the Australian dollar and punctuated by the global financial crisis (GFC), will now reverse.

The currently still-too-high Australian dollar and the impact on competitiveness is still causing loss of industry, some permanent. It will only gradually decline, underwriting a recovery in export and import-competing industries, starting with services and spreading to agriculture, mining and manufacturing.

Currently-falling government investment will recover in one to two years’ time, as the states become developers and start financing infrastructure projects through asset sales, offsetting the continuing negative impact of cutting budget deficits.

To those talking of “bubbles”, my response is that this is just another residential cycle. Left to its own devices, the recovery will run its course. It is being driven by a pent-up demand for housing and will last longer where that pent-up demand is greatest, notably Sydney and Brisbane, but quickly running out of steam in Melbourne and Canberra.

Apart from mining, the rest of the economy still hasn’t recovered from the financial shock of the GFC, cutting costs and deferring investment, with “productivity” initiatives to cut staff. For some it has been a matter of survival, for others a means of increasing profits. Most Australian companies (by number) are still struggling. It’s been six years now, and we’re a long way from a growth mode. Many will have forgotten what a growth logic is like.

Non-mining business investment remains weak, affecting related services. It will take years to build momentum. The recovery is just beginning, but you have to look hard to see it.

Given the weakness of the economy, with inflation contained, interest rates will remain low for some time yet.

Resources production will continue to grow strongly through the rest of this decade, but investment will fall. Anticipating this, and more difficult trading conditions, mining companies have already started to cut costs and services.

But the decline in mining investment has hardly begun. We think it will fall by 40 per cent over the next four years. The major impact on mining services and regions is yet to be felt.

This is far from a steady state. Over the last few years, the non-mining sectors have weakened further, resulting in dismal employment growth.

Worst hit have been the trade-exposed industries, with further declines in manufacturing and agriculture plus difficulties for some parts of mining. Boosted by the initial fall in the dollar, inbound tourism has started to recover. The next stage is for that to flow on to reduce the level of outbound tourism, education services and business services. But further falls in the dollar will be required. My fear is that the dollar will fall too slowly.

Business services have been hit hard by the combination of weak investment and the high dollar. Gross value added fell by 4 per cent through last financial year. This sector has been the mainstay of the Australian economy, with consistent above-average growth in demand and employment over the past 20 years. The current weakness has driven another round of staff cuts. Employment fell sharply last calendar year and is only now starting to recover, heralding the beginning of what will be a moderate, rather than spectacular, recovery. The real boost to business services will come as investment recovers.

Growth and employment in finance, telecommunications, manufacturing and wholesale trade have been soft for two years. The strength of construction has been boosted over the past decade by mining, and has now picked up on the back of the residential recovery, but faces a dismal prospect as mining investment declines. Only health, and to some extent education, have continued strongly post-GFC in the face of the high dollar.

But the growth drivers will switch as mining investment declines, with a pause before non-mining business and government investment take up the slack, leaving the domestic economy soft for another two years. The lower dollar will benefit competitiveness of the trade-exposed sectors, notably agriculture, mining, manufacturing, tourism, education, finance and business services – probably services first. But the dollar will take time to come down sufficiently.

The offset will be a decline in mining investment-related services. That has already begun as the mining companies have cut costs and work on future projects. But the major impact has yet to be felt.

And that will have a huge impact on the regions. The strong mining regions will weaken as investment declines – first Queensland, then Western Australia and, later, the Northern Territory.
The mining boom benefited the mining states at the expense of the others as they “made room”. Now the shoe is on the other foot. While mining output will continue to grow strongly, the fall in mining investment will shift resources and growth back to the non-mining sectors and regions. Continued growth in mining production will be more than offset by the impact of the decline in investment, both in the regions and the capital cities that service them.

The major beneficiaries will be Victoria and NSW, as investment and services recover, and as the lower dollar boosts growth. But some of the regions, notably Tasmania and South Australia, remain weak, still suffering from the effects of the GFC, with no major growth drivers emerging to boost demand. All regions should attempt to ride the boost to competitiveness from the lower dollar.
These structural and cyclical shifts won’t be quick. But they will drive major changes in the fortunes of different industries and regions.

The catch 22 of retirement savings